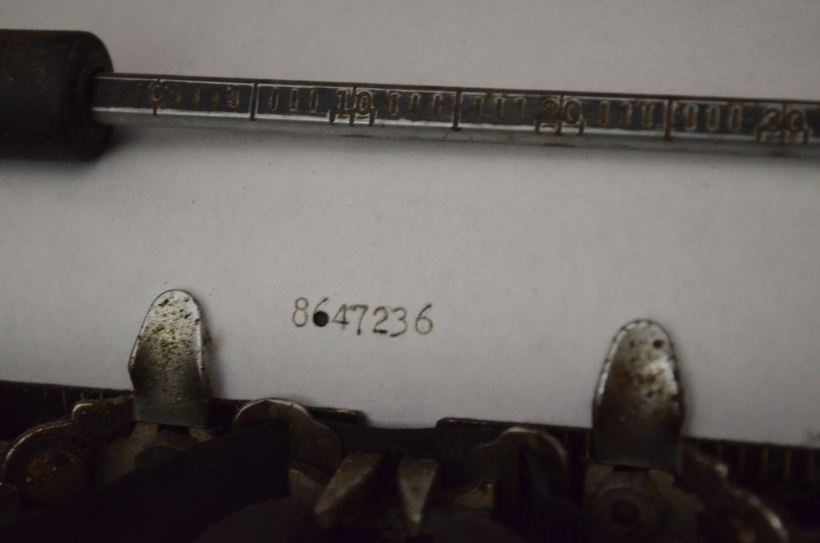 When I was in college, I had a student ID number I would use to buy my lunch and check out books at the library. Later, I had a job and was assigned a clock number that became my identity to my employer.

Today, if I call about our car insurance, they can’t divulge any information until I give them our policy number to prove who I am. And when I write a check to pay a doctor bill, I have to put our account number on the check to make sure we’re credited the amount.

Do you ever feel like you’re just a number?

It’s pretty easy to feel that way, to wonder in this great big world if you’re just a blemish, a spot; unnoticeable or easily forgotten. It’s easy to get discouraged and wonder if anyone sees you for who you really are or if your life has become nothing more than a series of numbers.

But you are MUCH more than just a number to God.

In my teeny tiny mind I see it like this: God is so mighty and BIG, encompassing all of the space in space. Then He moves in REALLY close, traveling quickly through space and time at speeds unknown to the human mind. (Imagine racing to the earth from space at breakneck speeds, seeing panoramic views of the land as greens and browns and the massive bodies of water on planet earth as your focus becomes narrower. You see less and less until you close in on one single, tiny object.)

God’s sight is fixed. He’s closing in and focusing on the sliver of an object. From His viewpoint He could have stopped midair and taken in the entire planet, but He kept going. He kept moving in. He kept coming closer and closer.

What was this object He was focused on? What tiny detail captured His attention?

A single hair. And it’s on your head.

God knows every single thing about you. Not a moment of your life goes unnoticed by Him. He’s counted every hair on your head, and He’s seen every tear you’ve cried.

That means He’s been there even when you thought you were all alone. He’s been there when you fell apart, trying to keep it all together; in the shower, while driving, folding the laundry, before you left your car to walk through those doors at work.

God was even there when you forced that smile, making everyone believe you were okay.

With God, you can relax. He already knows. He already sees you. You can let Him in closer.

“Are not five sparrows sold for two pennies? And not one of them is forgotten by God. Why, even the hairs of your head are all numbered. Fear not; you are of more value than many sparrows.” (Luke 12:6-7 ESV.)

“You keep track of all my sorrows. You have collected all my tears in your bottle. You have recorded each one in your book.” (Psalm 56:8 NLT.)

“You know me inside and out, you know every bone in my body; You know exactly how I was made, bit by bit, how I was sculpted from nothing into something. Like an open book, you watched me grow from conception to birth; all the stages of my life were spread out before you, The days of my life all prepared before I’d even lived one day.” (Psalm139:15-16 MSG.)

The Road With Mended Fences