Social media is like a maze. Before you go in, you think about what you’re looking for.  You want to see how your far-away family members are doing, who’s having a birthday today, and what time you’re meeting friends for coffee next week.  If you were a mouse, these things would be your cheese.

But what if while scurrying through the maze in search of your cheese you stumble on something else. You notice a few of your friends battling it out in the corner. So you stop and watch as they verbally bash each other.  While standing there, someone comes up behind you and bumps into you.  Then another.  And another.  Before long you’re all standing there gawking at this explosive disagreement in wonder, whispering opinions.  Maybe you even toss in your own word or two.  Before you know it, you’re in the battle and everyone is staring at you.

Or maybe you don’t see such a thing when you journey through the maze. Maybe you come across pictures on the walls; so many happy pictures of your “friends.” But instead of feeling happy for them, you feel a little sad.  Maybe you’re going through a difficult time in your life and you’re really struggling.  You feel pretty helpless and alone and seeing how everyone else’s lives seem to be on track, worry-free, and overflowing with friends and happy faces makes you sink even lower.  You plop down in the corner and cry, feeling worse than before.

Or maybe, just maybe you went into the maze with the intent to get back at someone who’s hurt you. You go in with the most powerful weapon you can bring into the maze, your words, and you’re ready to open fire.  So at the most opportune moment you plan to let ‘em have it.  Oh there are lots of ways to do it, you reason.  You’ve witnessed many battles like this before when you stood back and watched.  And if others do it, why can’t you?

So you enter the maze and see the one you’re after, the one you want to intentionally hurt.  Maybe you’ll throw some heavy words at him, bricks that will tarnish the wall behind him so everyone can see.  Or maybe you’ll be a little sneaky, really go in for the punch by purposely leaving him out of something.  How can you be sure he’ll find out?  By hanging a picture of course.  That should get everyone talking.  And that’s a more subtle way to hurt him so you’ll look totally innocent in the matter.

Yes. It probably will hurt him.  You’ll be able to snicker to yourself and keep moving on.

But while you’re carrying on, the same thing happens to you. Someone hits you with a heavy brick for all to see and someone else hangs up a picture and you feel deeply wounded that you weren’t included in it.  Now you’re hurt and anger begins to burn you from the inside out.

But even worse than that: When you entered the maze and became so distracted, you missed what you should have been doing with your valuable, limited time.  Perhaps there is someone who needs a physical hug today (not just a wink).  Maybe someone needs to hear your voice on the phone or desperately craves a handwritten card of encouragement from you.  But you never made that call and you never sent the card.  You were stuck in the maze.

And while you were lost wandering around and around looking at walls and trying to find your way out, you also failed to see how dark the maze became. It wasn’t the drama that blocked the light but the one who wants to stand between you and God.

Satan is lurking in the maze and has been whispering lies to distract you ever since you got here. He loves tricking you into staying just long enough that you lose your way and just long enough to do some damage.

That way you’re so busy doing his job that you fail to do the job God created you to do.

“Be self-controlled and alert. Your enemy the devil prowls around like a roaring lion looking for someone to devour. Resist him, standing firm in the faith, because you know that your brothers throughout the world are undergoing the same kind of sufferings.” (1 Peter 5:8-9 NIV.) 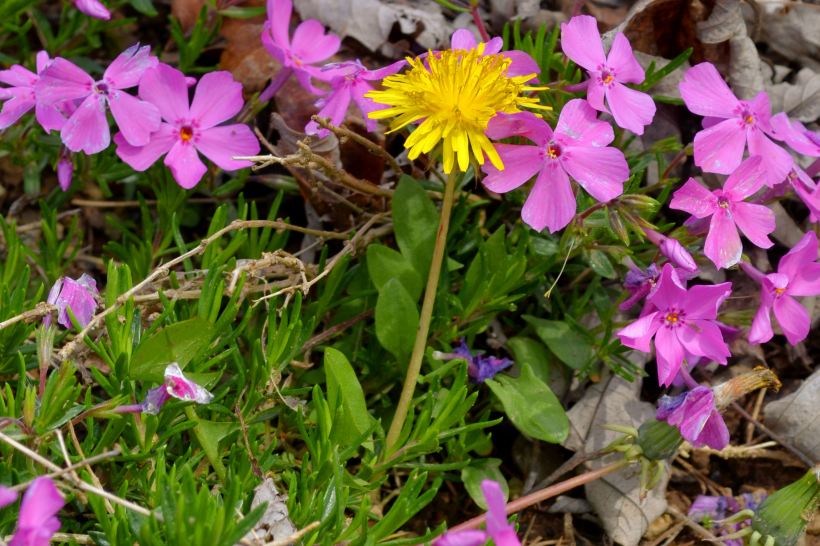 How would you feel if your dentist were distracted by texting and forgot to numb you before beginning the root canal? Or what if the guy you carpool with to work was distracted by the tailgating-driver behind and didn’t see the stop sign or the school bus up ahead?

Distractions can be painful and deadly. They are like weeds growing up all around us that choke the flowers, those things in our lives we’re supposed to be caring for, and they diminish our focus; sometimes to the point where we forget God.

Weeds like to stand big and tall, so we’ll take notice and believe they’re important.  But they’re not.  Not really.  (That text really can wait until you pull the car over.  And the unanswered phone call isn’t going to make your cell phone disintegrate.)

It’s easy to get caught up in all the things you need to get done, to drag your panic attacks along with you as you breathlessly rush out the door to the next thing on your to-do list or to pat yourself on the back because your calendar has no bare spots. But is all that hurrying and busyness a distraction in disguise?

What you believe you need to do may be the very things keeping you from what God wants you to do.  You need to yank that big weed if it’s choking out the new growth God is bringing into your life.

I have a ton of work to do around the house and even more weeds, the literal kind, than I can count; a whole field of them! I feel like they’ve been taunting me and beating up on my sad little tulips and poking fun at my purple phlox.  But then I had an opportunity this week to volunteer at a food pantry.  I could have thought, “I can’t go anywhere.  I’ve got all this work to do, all these weeds to pull,” but instead I turned away from those busy distractions and focused on what I believe God wanted me to.

And let me just tell you, I have never known such a deep blessing in my soul. I went to bed that night thinking, “Today was one of the best days of my life.”  That’s the kind of life God has for us when we fix our eyes on Him.

So what distractions are keeping you from God’s blessing? Look around.  Do you see any “weeds?”  Anything that “seems” important but really in the overall panoramic view of your life doesn’t amount to a pile of dirt?

Give those weeds a good pull, those that are keeping you from God and His purpose for your life, and you’ll be able to see what was quietly waiting underneath all that other stuff is so much better.

“And the seed [the Word of God] that fell in the weeds- well, these are the ones who hear, but then the seed is crowded out and nothing comes of it as they go about their lives worrying about tomorrow, making money, and having fun.” (Luke 8:14 The Message.) 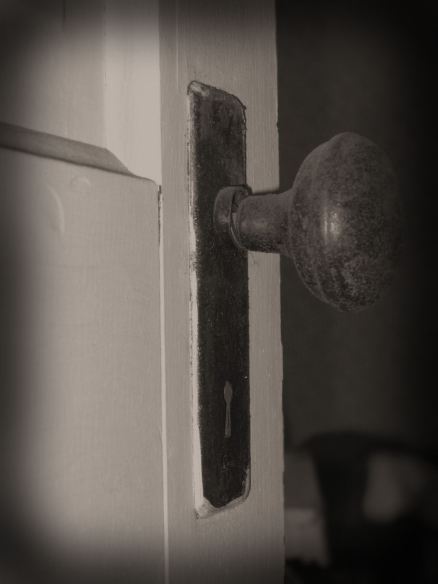 My first known fear surfaced when I was about four years old. I believed there was something evil lurking in my closet and if I took my eyes off of it to go to sleep, it was going to get me.  I’d lie awake and stare at the door knob, just waiting to see it slowly turn and this “thing” jump out at me.  Eventually I’d fall asleep only to have nightmares of twisted faces, contorted and monstrous looking.  I’d scream and wake everyone in the house.

Then I grew up.

Satan would love it if you and I live in fear; if we’re so fixed on that fear that we don’t look anywhere else. Or if we give in to that fear and give up, stop trying, believe something is just too hard, too big for us to accomplish.  The enemy wants us to fail.  Do you really understand that?  Satan will kick harder when you’re down.  He won’t pull any punches and will only laugh when you bleed.

And Satan will do whatever it takes to sidetrack you. I have to wonder if he laughs when we fall for his distractions, like a dog following the familiar scent of the way back home but veers off course because someone nearby is grilling hot dogs.

So what are we supposed to do?

First, remember who you are and Who you belong to.  I like thinking of it this way to go along with the idea of Satan beating us up:  Satan is a bully and Jesus Christ is your big Brother.  Go tell your Brother, and He’ll take care of that old bully.

When it comes to dealing with distractions, beware of anything that leads your heart away from God and that makes your focus bounce all over the place. Stay on the path God has for you and forget about the hot dogs.

And when it comes to fear, your Heavenly Father will lead you to that closet and open the door. With one hand firmly holding yours, He will turn on the light to reveal what is lurking inside:  Nothing.  There is nothing to fear when His hand is in yours.

Your Time In History

When Things Come Against You